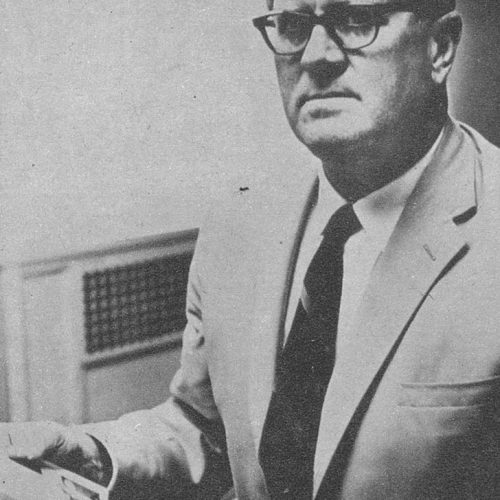 Designer and owner of the revolving house is Richard T. Foster of Wilton, Connecticut. 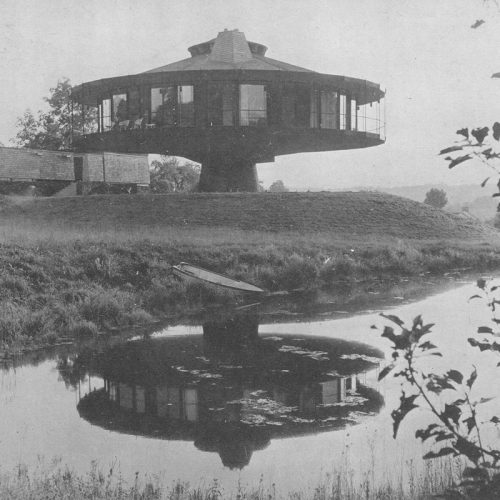 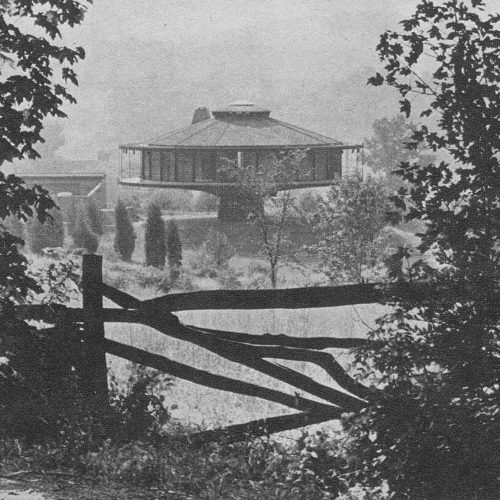 From a distance, this mush-room-shaped, space-age dwelling quietly blends into the surrounding countryside. 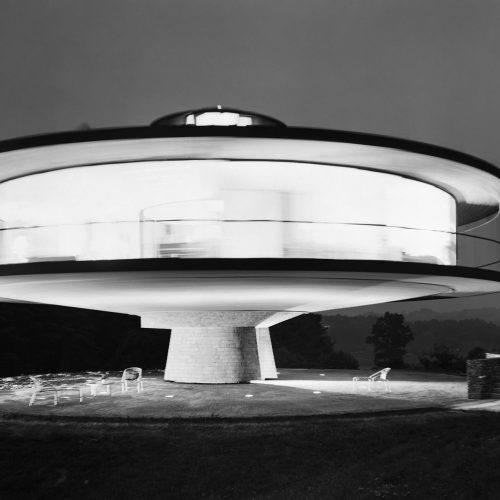 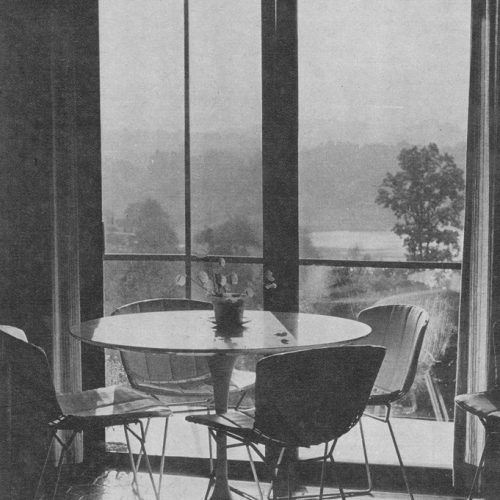 Schematic diagram of the house showing the rotating components. The gray shaded portions on the detail-boxes indicate parts of the mechanism that rotates with the house, with the exception of the motor. 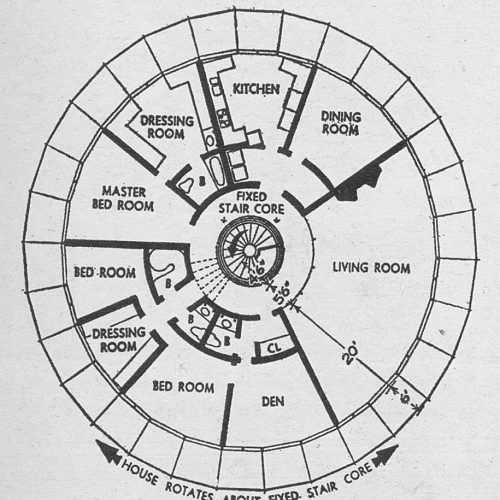 The floor plan of the eight-room house. It measures 72 feet in diameter.

A Revolution in Living

When an architect designs his own home he is understandably fussy about standards. Rich-ard T. Foster is no exception. He acquired a beautiful site, in the shape of a natural amphitheater in Wilton and set about designating a house for it at his New York office. He drew up four successive sets of plans. He tore them all up. Then finally he realized what he wanted. “A revolving house. That was the answer,” said Richard. “You see, the problem with the site was that it was too beautiful. It had a wonderful view in every direction. I couldn’t make up my mind which way to face the house. So a revolving one was the obvious solution. As far as I know it hasn’t been done in any country.”

Richard Foster is somewhat reluctant to discuss the cost of the house. But convervative estimates suggest at least $250,000. What’s it like to live in a house that revolves? The living room may face the pond in the morning, the pine woods in the afternoon and the rolling hills in the evening. As one room moves so do the others. When the house is going at top speed it can make a full turn in 48 minutes. At the slowest rate it takes four hours. But even at the fastest rate there’s no sensation of movement. It’s only when you glance out of the window after a couple of minutes and find the scenery perceptibly changed that you realize that you’re moving at all. The idea of the revolving house is great but how do you keep all the utility connections, like plumbing, gas and electricity from twisting them- selves into a great spaghetti tangle? That was one of the problems that faced Richard Foster. He solved the problem mainly by borrowing techniques from industry. To the visitor the interior like the plumbing, electricity, heating and tele-
phones created some bizarre problems.

Foster got the huge ball bearing from which the rotating section rests from a firm which specialize in multiload bearings for large cranes and excavators. This bearing is the integral part of the house. It moves the structure around the pivot of the stairwell, and is the same type that is used for gun turrets on war ships, radar antennae and heavy earth moving shovels. The bearing is powered by a 1 ‘horsepower motor. The running cost of the motor is approximately that of a refrigerator.

The problem of the plumbing was solved by using a 360-degree water valve an idea borrowed from the oil industry. The power supply is mounted on an industrial type trolley, especially bent for the round house. The tanks for the oil furnace are located under the roof and the telephone connections use radar commutators. None of these unusual connections is visible.

It may all sound very complicated to the layman, said Foster, but providing for the rotation proved to be only the first of many problems. Linking each utility to the rotating section of the house was a separate challenge. “However, I didn’t run into any insurmountable difficulties. Most of the problems could be solved by improvising from existing special-purpose hardware and materials.”

Foster is married and has three sons. His sons, especially, are delighted with the house. Foster himself rarely takes rides but round trips are quite popular with the boys. Especially when they’ve brought their school friends home with them. “They’re amazed. They think it’s fantastic,” said 20-year-old Robert. The motion of the house is controlled by three buttons and a dial that Foster describes as “simple enough for a three-year-old child to operate.” The two buttons are for “forwards” and “backwards” and the dial (1 to 10) controls the speed.