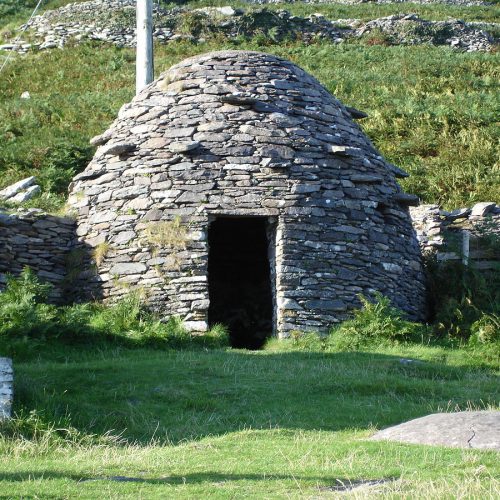 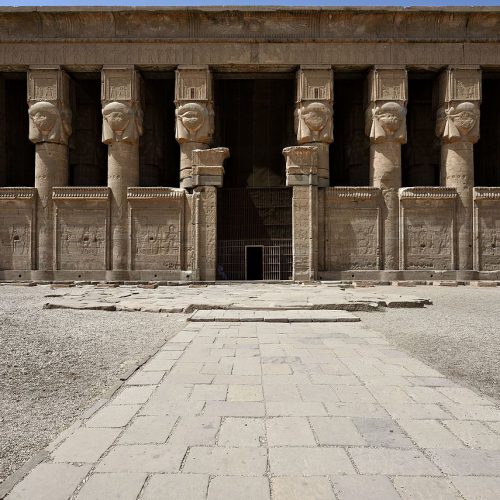 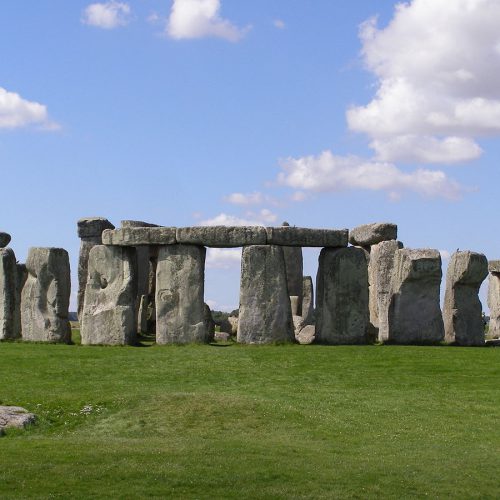 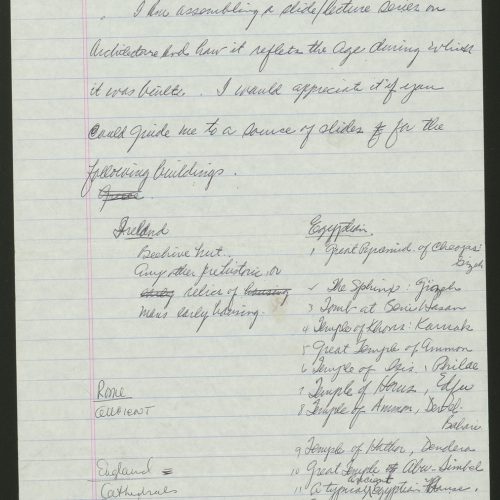 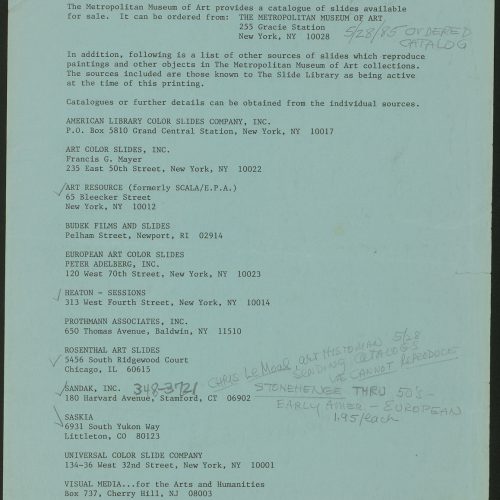 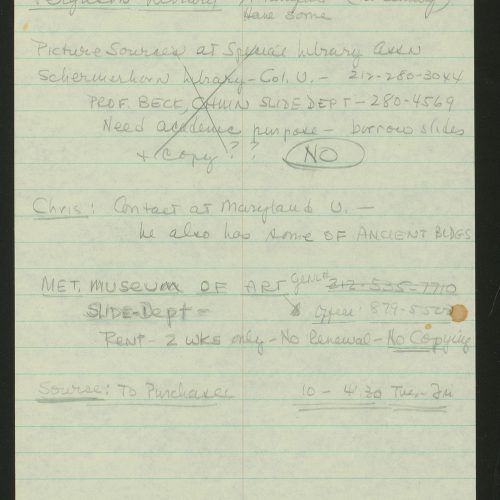 Slideshow and Lecture on Architecture

Architecture! What is its definition? Let’s get that out of our way first thing, so we can go on and enjoy the discussion that follows.

First, I would say it is every man-made object that surrounds us. Narrow that concept down, before the painters and sculptors present do it for us, and say that architecture is the art of ordering the physical environment for the satisfaction of man. It is the creation of a universe, within the Natural Universe. It is conceived and constructed by the techniques of man by human measure. Architecture forms our world. With it we protect ourselves, define our space, mark the paths and places of our deities and challenge our ingenuity. Architecture goes beyond building — it enhances the nobility of man’s earthly sojourn.

Architecture evokes a different meaning to everyone present. To the business man it might mean the building in which he works or the factory that manufactures a product he sells. To the housewife it could mean her home, or place of business or the children’s school. To both it might mean their place of worship, the theater or the college buildings they remember from their school years.

The very word evokes mental pictures of the places we usually fondly remember as places of shelter, warmth, or spiritually satisfying. When we travel, after the sun, the beach, and the bright lights have diminished in memory, what do we recall — architecture. Even those civilizations that in the recent past now rediscovered its magic. I am thinking mainly of China.

So we discovered again, that buildings have a symbolic as well as a functional character. To see the Great Pyramids of Gisa tells us something about the nature of the builders and the importance of the occupants. To see a great French cathedral Church in Medieval times. It is the bits and pieces of a building that speak to the archeologists and help them understand the culture of the period during which a structure was used.

Which brings us to our own time. No matter what we think, one of the critical judgements of our society will be based on the architecture we leave to those that follow. It will speak of our independence, technical proficiency, dignity (or lack ofdignity), our systems of religion, government, education and housing.

How did we get to where we’re at today? It’s been a long twisted road, winding down through the ages, strewn with the wrecks of many cultures. All had to build; if not for ego then at least for shelter. It is a record of a continuous evolution; a history of social conditions, progress and religion. We will briefly examine some of the landmarks of previous cultures, marking the genius of that nation.

We will find that a primitive culture’s architecture might have made permanent its calendars, processional paths, the magical locations of its earth gods; or raised platforms for dances for sacrifices, or the viewing of the heavens.

Architecture has many forms, as does music. This slide show will be different. It will be coordinated with music to give it fluidity and mood.

Slides, unfortunately, are a poor substitute for viewing architecture; but they are certainly better than words. Architecture is a three dimensional art and must be walked through and around to be completely appreciated. Its infinite variety adds to the pleasure. In essence, it is the noblest of the arts. Let Longfellow describe it:

“Ah, to build, to build that is the noblest art of all the arts. Painting and sculpture are but images, Are merely shadows cast by outward things On stone or canvas, having in themselves No separate existence. Architecture, Existing in itself, and not in seeming A something it is not, surpasses them As substance shadow.”