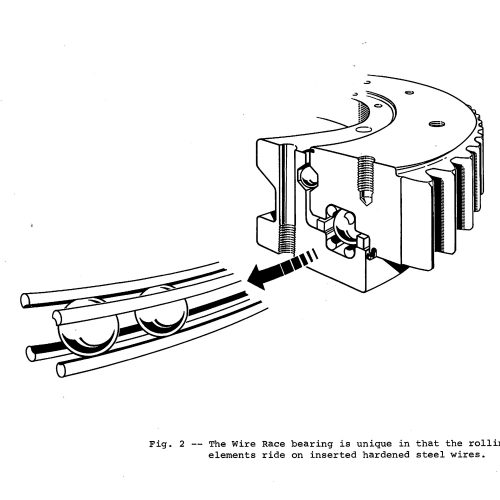 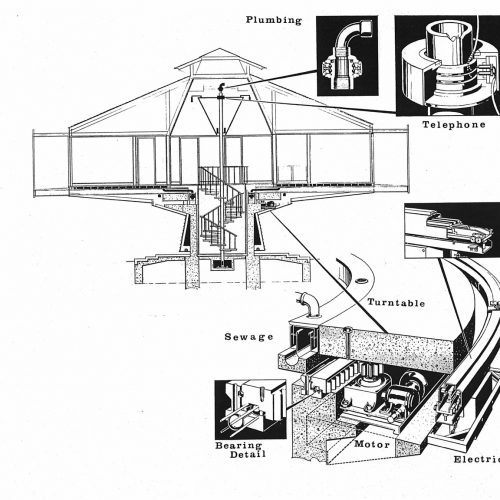 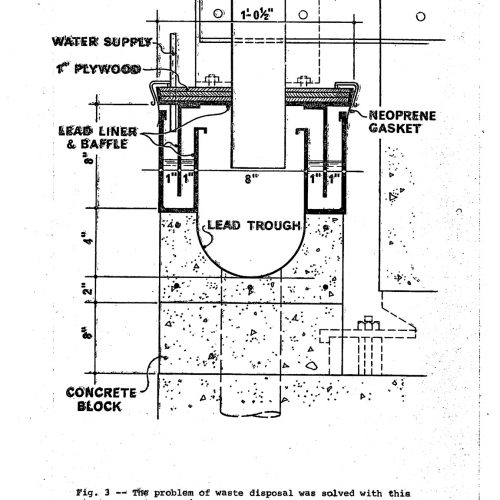 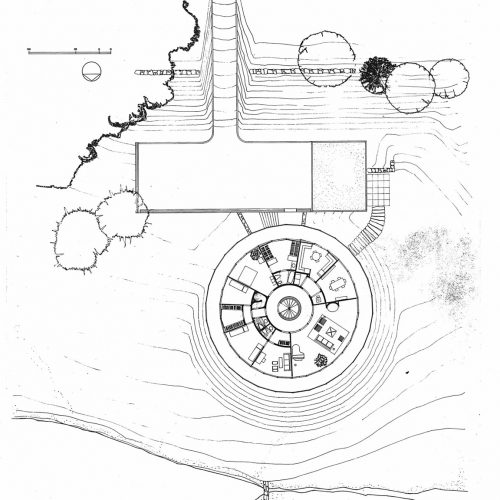 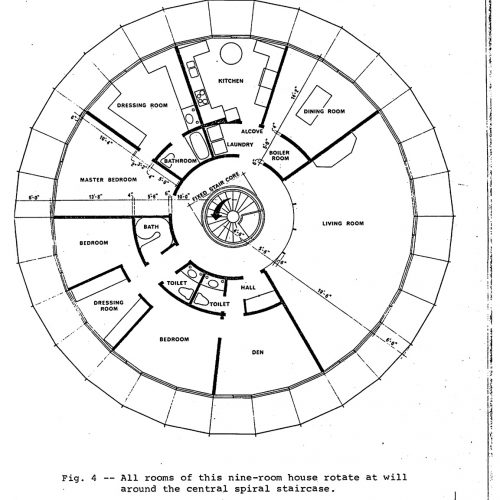 Concrete base
Steel frame with wood joists, sheathing and shingles
The steel frame rests on a 14′ wide ball bearing ring which in turn carries the entire superstructure of 500,000 lbs. The steel structure is an intricate network of members, umbrella shaped, with a circle of columned supports and a space frame roof. The extreme ends of the floor beams are supported by hangers from the roof. The complexity of the framing and need for very strong connections pointed to steel as the only economical solution.

Plumbing: Unique treatment of the waste lines allowed the fixtures to be located in the moving portion. (See sectional diagram)

Electric: Power is supplied by means of a feed-rail bus system. A “trolley” section carries current to the building via the bus.

Heating
Heating system is a forced hot water system with fin-tube radiation located in the floor underneath the windows; the boiler and oil tank are located on the main floor of the house. Ventilation systems have been provided for the toilet rooms and bath rooms and for the kitchen.

Electrical
Power is supplied to the building by means of a feed-rail bus system. The feedrail bus is attached to the moving section of the building and is formed to the required radius. The “trolley” section is on the fixed.

pedestal and remains in a relatively stationary position, carrying current to the building via the bus. The bus is of 3-wire construction, providing 240/120 volts single phase current to a house panel board. From this panel-board electric wiring is distributed within the house.
Telephone service is provided in a similar manner using a 2-wire feedrail.